Independence on the Frontier 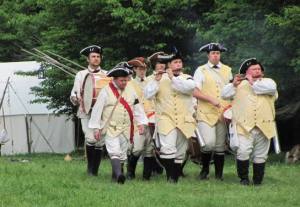 Step back in time 237 years to a colorful revolutionary world and witness life as it was on the 18th century frontier during a very tumultuous time. In the summer of 1776 colonial leaders met in Philadelphia to draft a document that would forever change the world. As our guest to Fort Watauga, you too can be part of the excitement as news of American Independence reaches the colonial frontier. What did the colonists think about a new nation? Walk among historical characters and hear their varied reactions to the Declaration, from fear of war to the hope of a brighter future.

As part of the weekend’s activities a very special ceremony will be held on Saturday, June 29th at 2:00 pm. The Tennessee Society Sons of the Revolution will hold a bell ringing in honor of the thirteen colonies inside Fort Watauga at the Park. Each colony will be called out and the bell rung in their honor. The Watauga Valley Fife & Drum will then play a short tribute to each colony.

Get an early start on your Independence celebrations and bring the entire family out for a weekend full of history, patriotism, education, and family fun. 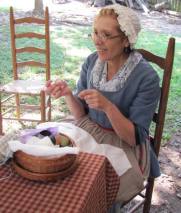 12:00 – Kids Militia : Attention all able bodied kids! Fall in and drill with the Washington Co. Militia.

1:00 – Arrival of the Declaration of Independence: Document arrives by courier. Public reading followed by a short celebration.

2:00 – Bell Ringing Ceremony: Join the Sons of the Revolution as we honor the 13 original colonies. Musical honors provided by the Watauga Valley Fifes & Drums.

4:00 – Retiring the Colours – Camps Close to the Public : Join us tomorrow  for a full day of 18th century living history.

12:00 – Kids Militia : Attention all able bodied kids! Fall in and drill with the Washington Co. Militia.

1:00 – Ladies’ Tea: Join the ladies of the settlement and defy crown law with a “Liberty Tea”. Learn about the famous Edenton Tea Party of 1774

3:00 – Retiring the Colours: Event closed to the public.

This site uses Akismet to reduce spam. Learn how your comment data is processed.